“So we give a slap to the crisis”

Fratelli Cinotti expands. Vacchi: "We are in a happy island". 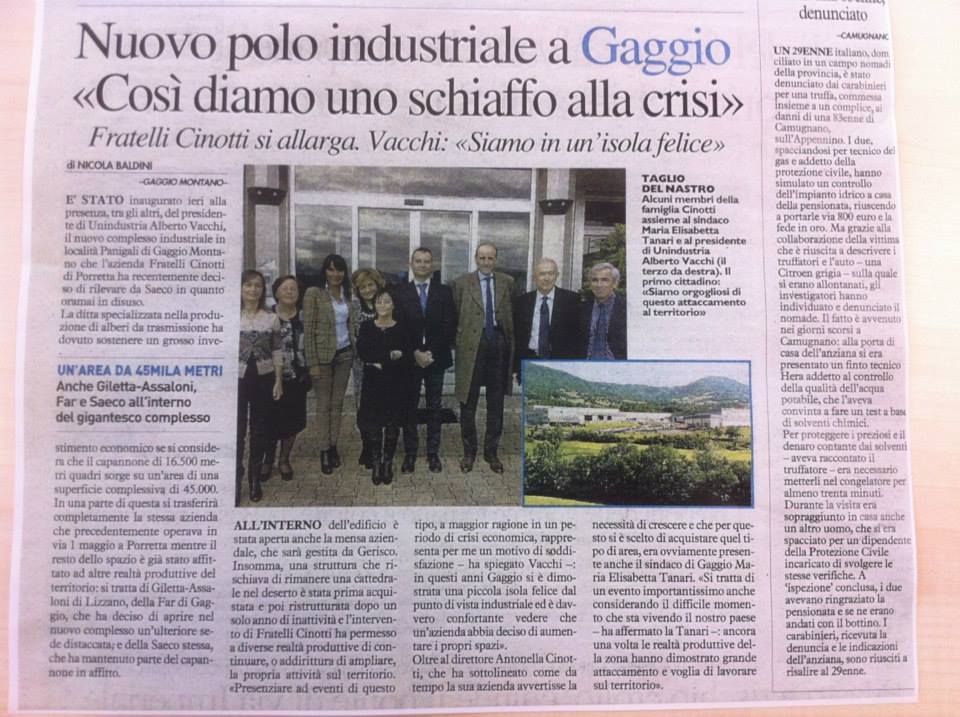 AN AREA OF 45 THOUSAND METERS
Giletta-Assaloni, Far and Saeco also inside the gigantic complex

13 November 2014, Gaggio Montano (BO) – Yesterday, in the presence of, among others, the president of Unindustria Alberto Vacchi, the new industrial complex in Panigali di Gaggio Montano was inaugurated. The company Fratelli Cinotti of Porretta recently decided to take it over from Saeco, which had fallen into disuse.
The company specializes in the production of transmission shafts, and had to make a major economic investment in the 16,500-square-metre shed on a total area of 45,000. The same company that previously operated in Via 1 Maggio in Porretta will be completely relocated to a part of it, while the rest of the space has already been rented to other production companies in the area: Giletta-Assaloni in Lizzano, Far in Gaggio, which has decided to open another branch office in the new complex, and Sacco itself, which has kept part of the rented warehouse.

Fratelli Cinotti has enabled a number of businesses to continue, or even expand, their activities in the area. Attending events of this kind, all the more so in a period of economic crisis, is a source of satisfaction for me,” explained Vacchi.

In recent years, Gaggio has proved to be a small, happy island from an industrial perspective, and it’s really, really comforting to see that the company has decided to increase its space.

In addition to the director Antonella Cinotti, who emphasised that her company had long felt the need to grow and that this was why it had chosen to purchase that type of area, the mayor of Gaggio Maria Elisabetta Tanari was obviously present: “This is a very important event, also considering the difficult moment our country is living – said the Tanari -: once again the productive realities of the area have shown great attachment is desire to work on the territory”.

CUTTING THE TAPE
Some members of the Cinotti family
together with Mayor Maria Elisabetta Tanari
and Unindustria president Alberto Vacchi (third from right).
The first citizen: “We are proud of this attachment to the territory”. 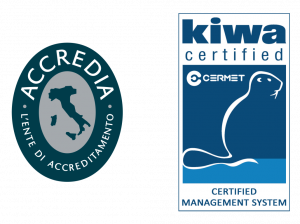